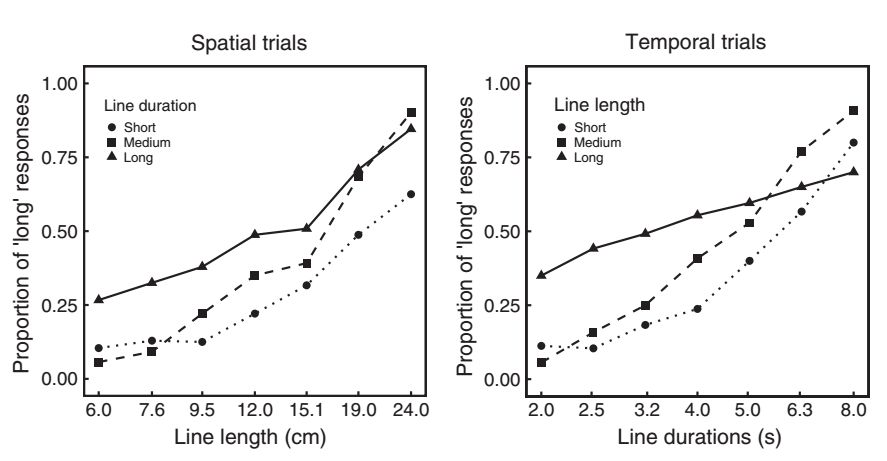 Non-cortical magnitude coding of space and time by pigeons

Considerable research in cognitive science, neuroscience, and developmental science has revealed that the temporal, spatial, and numerical features of a stimulus can interact with one another [1,2], as when larger stimuli are perceived as lasting longer than smaller stimuli. These findings have inspired the prominent hypothesis that time, space, and number are processed by a ‘common magnitude system’, which represents these dimensions via the same unit of magnitude [3,4]. According to current theorizing, the parietal cortex mediates this system [4]. To test the species generality and neuroanatomical foundations of this hypothesis, we asked whether space-time interactions can be observed in birds. Unlike mammals, birds lack a cortex [5,6]; rather, they possess a neuron-dense pallium that is organized in clusters, in contrast to the laminar structure of the mammalian cortex [7]. Despite these striking neuroanatomical disparities, we observed reliable space-time interactions in pigeons. Our findings suggest that common magnitude systems are more widespread among animals than previously believed and need not be cortically dependent in all species.